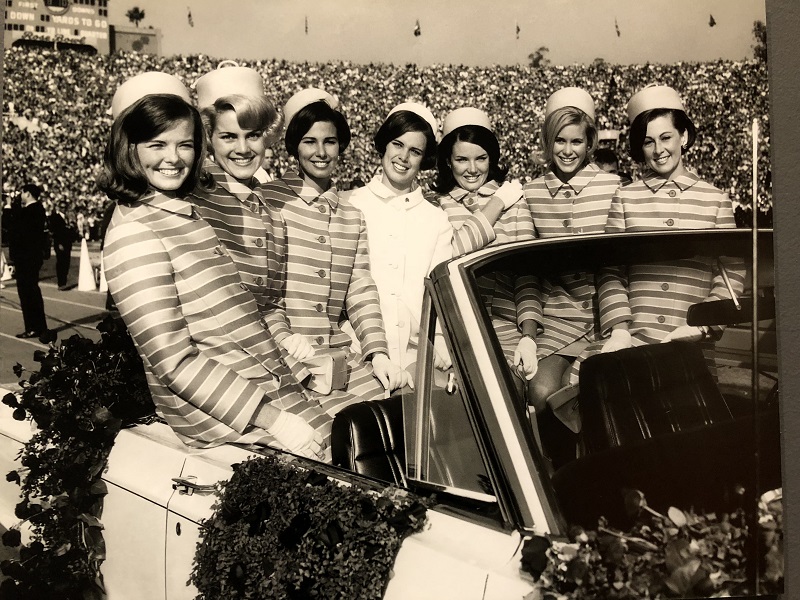 It’s still a New Year celebration in Pasadena. The 100th Rose Queen reigned over the Rose Parade yesterday, and the Pasadena Museum of History has remarkable photos, fashions, crowns, and more on display. 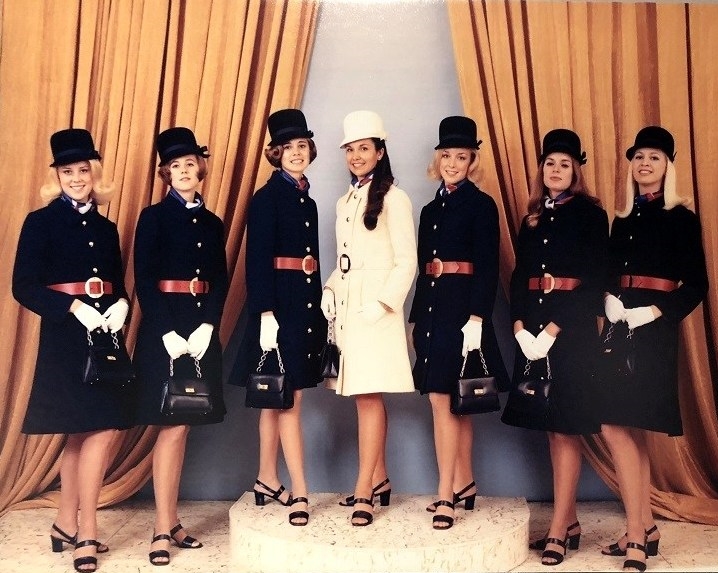 Fashions have changed, and fashion reflects history. This is the 1971 Rose Queen and Royal Court. 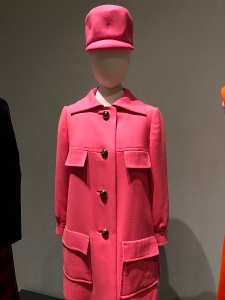 A hundred years ago, chariot races were the post-parade sporting event instead of football. 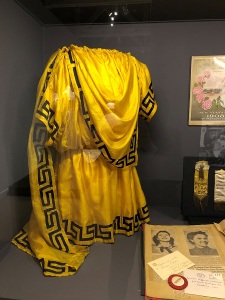 The early Rose Queens had to come up with their own costumes (they were given five or ten dollars to defray the cost), and also the roses to decorate their carriage.

Before 1935, selection of the queen and princesses was informal. Early Pasadena royals included actresses.  Usually, the women of the royal court were chosen because they were popular, excellent students, accomplished in other ways, or friends and family of Rose Parade volunteers.

There were even two men. In 1913 and 1914, there were Rose Kings as well as Rose Queens, similar to Homecoming Kings and Queens at high schools and colleges.

On January 1, 1942, the parade was cancelled due to the war, but the queen and her court put on their gowns and drove a car with a giant V for victory. 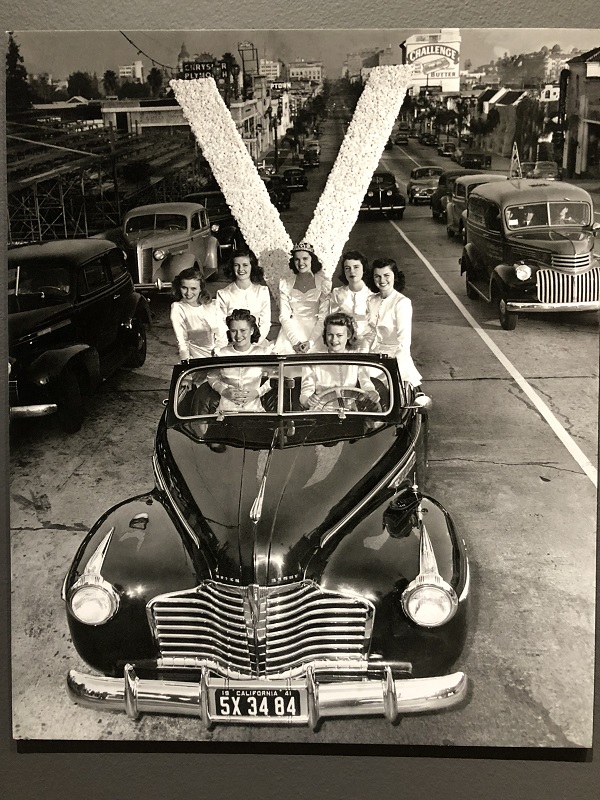 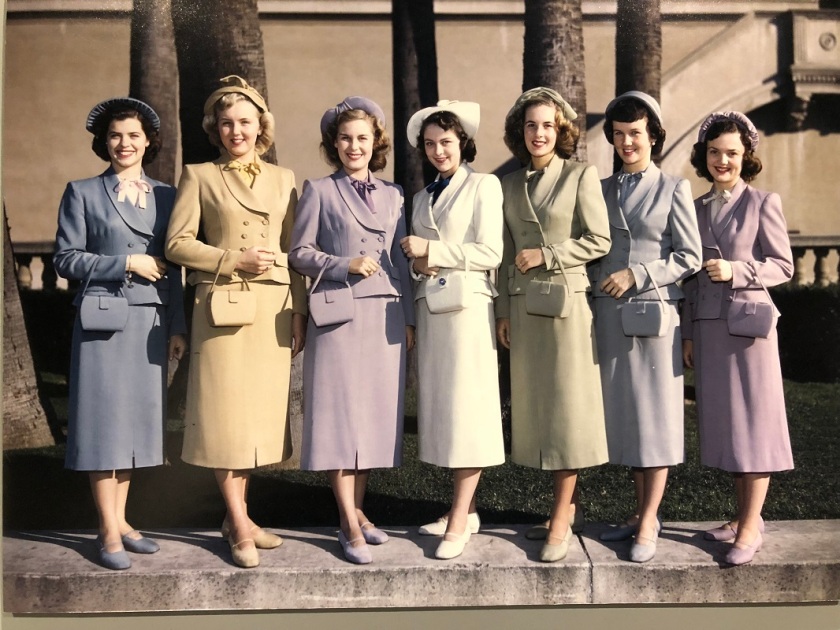 The 1951 Rose Queen–in white, as always–and Rose Princesses. Contrast this fashion with the royal wardrobe twenty-one years later, when many women wanted to join the workforce and see the Equal Rights Amendment made part of the Constitution. Ready for business. 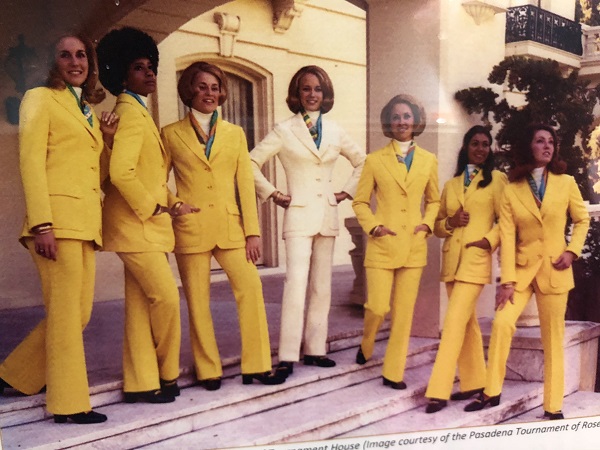 The royals are ambassadors for the city of Pasadena, with well over 100 appearances in the few months before each New Years Day. Despite a hectic schedule which includes school, their wardrobes are coordinated with each other. Here’s their secret. 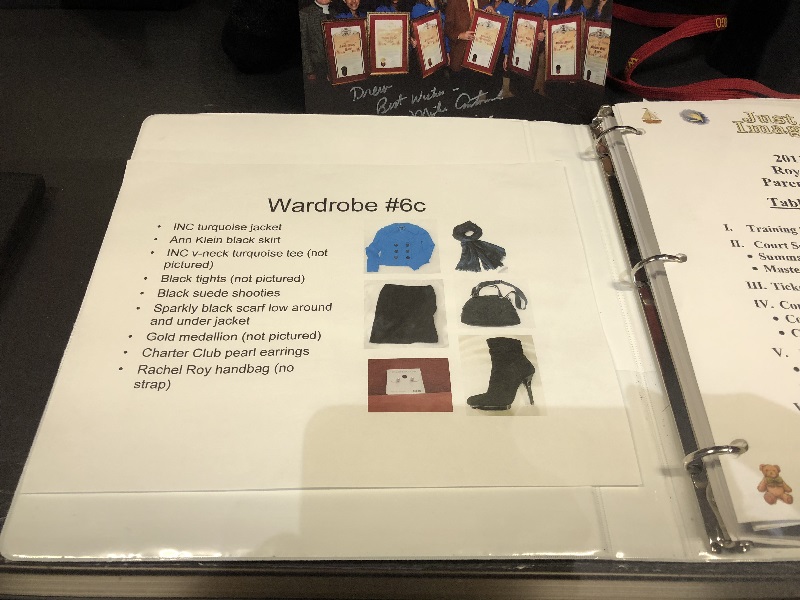 The exhibit at the Pasadena Museum of History includes many gowns. Some Rose Queens got married in theirs. There were two longtime designers for the Tournament of Roses. William Cahill of Beverly Hills, a noted designer of wedding gowns, supplied gowns from 1953 through the early 1970s. 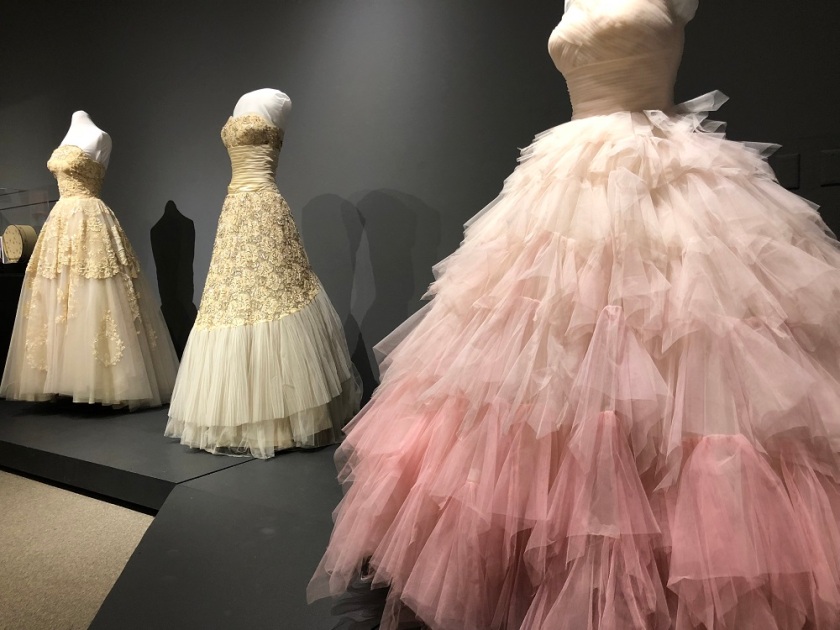 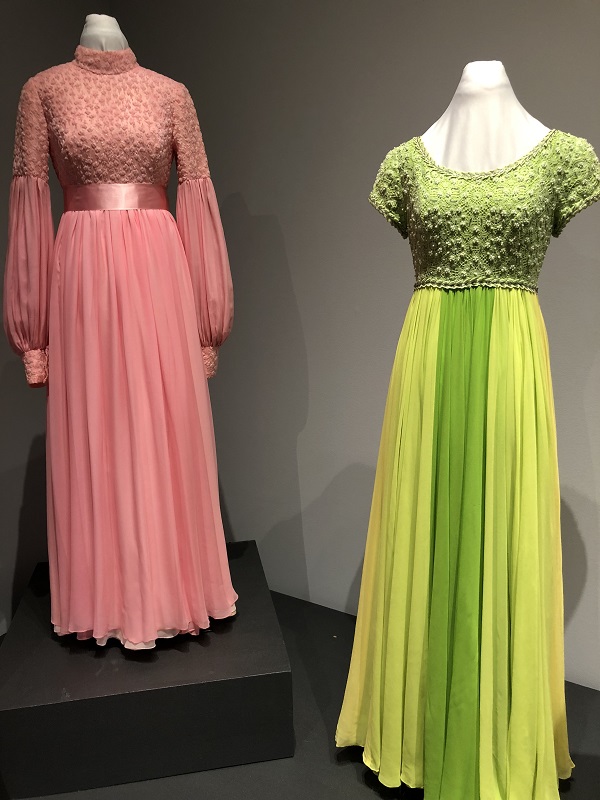 Since 1993, almost all gowns have been created by designer Tadashi Shoji. These are from 2005 and 2004. Queens wear white, and this one is made of satin ribbons with rhinestone trim. 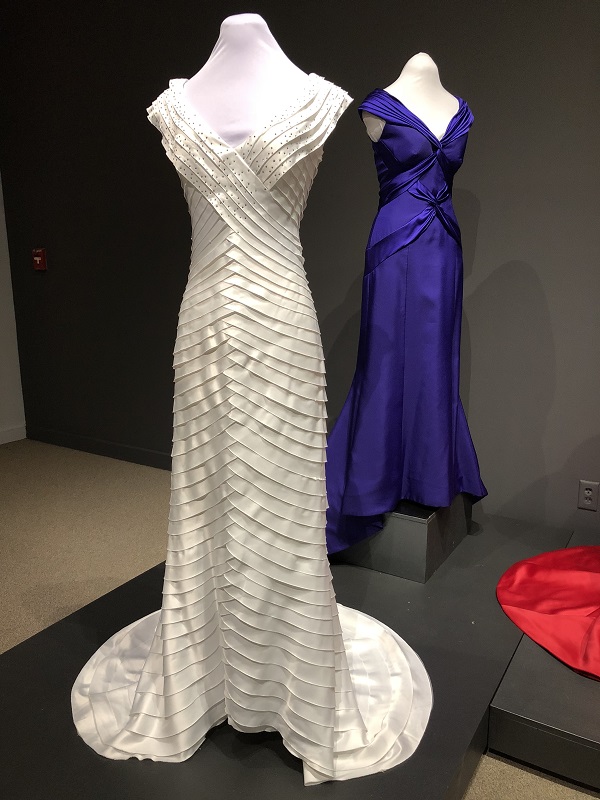 Many more gowns are on display.

Royals of Pasadena will be at the Pasadena Museum of History through February 11, 2018. If you can’t make the trip, you can see more on the link and on the museum’s blog. They have a post about William Cahill and his gowns.

Many thanks to the Rose Queens and Rose Princesses who kindly loaned their gowns, fashion accessories, scrapbooks and more!